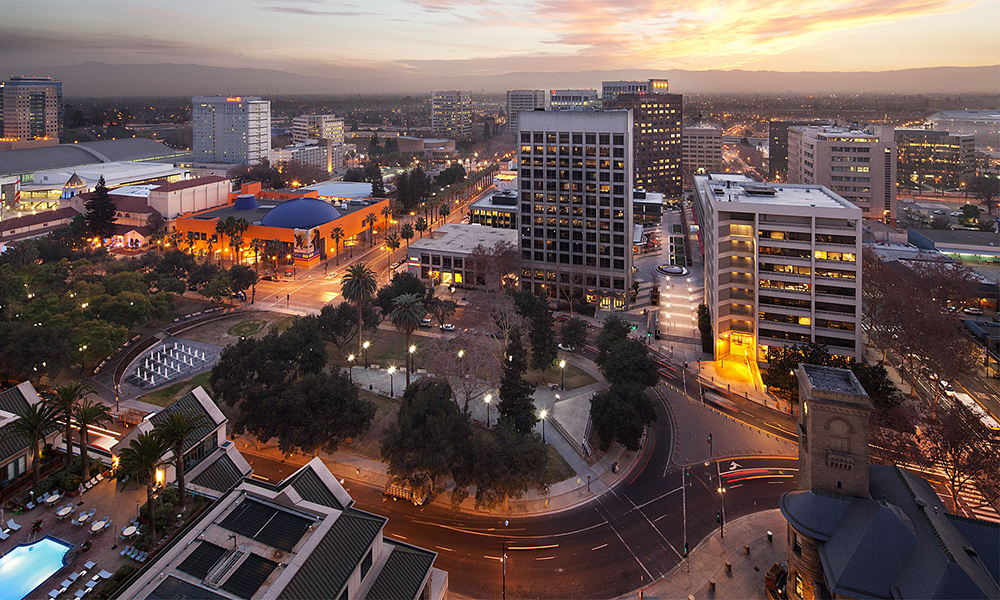 The downtown area was typical of a small, agriculture-based city of under 100,000 residents until city manager A. P. Hamannspearheaded aggressive expansion during the 1950s and '60s. As the city rapidly expanded into outlying areas, the downtown area entered a period of decline. In the 1980s, mayor Tom McEnery, whose family owned several buildings in downtown, initiated significant gentrificationin the area.

The San Jose Redevelopment Agency, the largest such group in the state, would eventually become a key player in revitalizing the downtown area and, to a lesser extent, surrounding neighborhoods. In some cases, historic downtown buildings were bulldozed in order to make room for new hotels, office space, condominiums, museums, theaters and parks; to widen or re-align streets, and to build parking lots and garages.